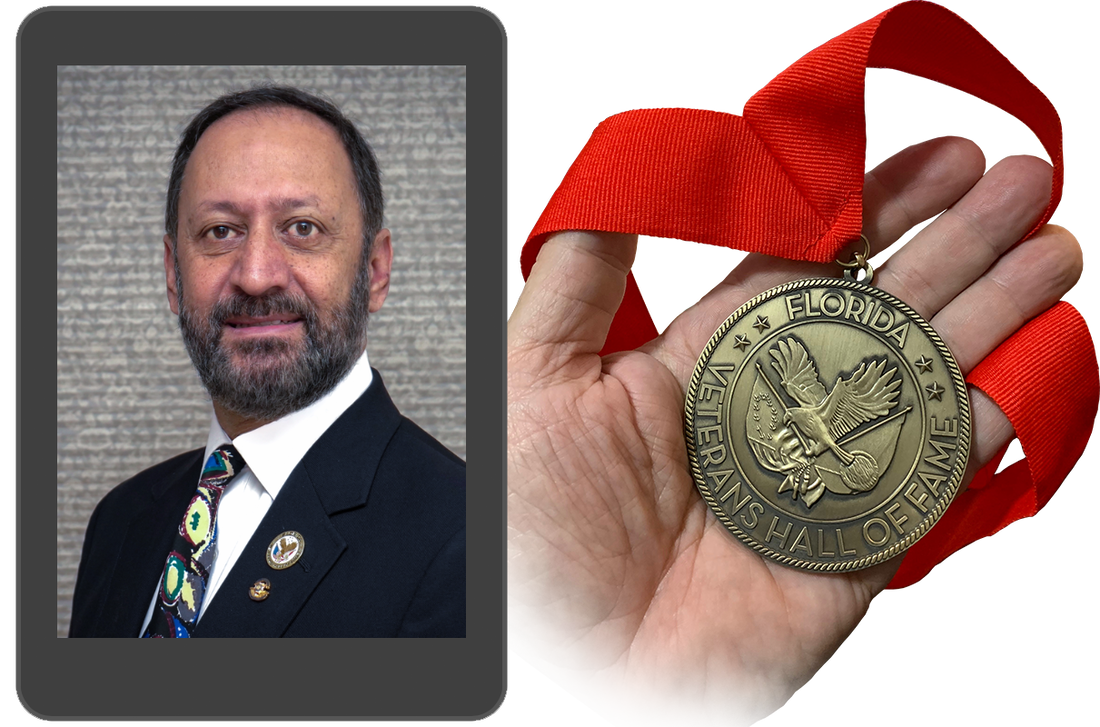 Jose Rosa has lived a life of service to this country as a Vietnam and Enduring Freedom veteran, retiring as a United States Air Force Master Sergeant in 2011. Jose eventually retired from the Federal Aviation Administration after 28 years, today and for some time he has and continues to be a strong advocate for veterans.

His list of accomplishments is too long to elaborate in this document and should serve as an example for others who wish to serve veterans. From his own service as a Vietnam veteran in the United States Air Force, where he received numerous awards and citations to his present status as the Commander of VFW Post 3282, he devotes countless hours to see that veterans get the service they are entitled, and he lives by the VFW motto, “No One Does More for Veterans”.

He serves on several Veteran Service Organization’s board of directors, that help enrich the lives of veterans including being elected for 2 terms as Commander of VFW Post 3282 in Port Orange, Director of Vietnam Veterans of America Daytona Beach Chapter 1048. Recently Jose negotiated with the Volusia County Council to have a local veteran service officer stationed at VFW Post 3282 every Thursday to file or review claims, creating convenience for many veterans who have had to travel far to the counties fixed office sites. He was the leader, spending many hours, coordinating relief efforts to Puerto Rico during the recent past hurricanes. He also serves on several homeowner’s associations and other various boards in addition to his other volunteer duties.
Perhaps the best way to sum up Jose’s amazing life of service to veterans is under his leadership at VFW Post 3282 he spends many hours attending veterans’ funerals and memorials, seeing that surviving family members are cared for and directed to the appropriate agencies for survivor benefits and services, networking with our Volusia County Veteran Services. Recently Jose was recently profiled in the VFW National magazine, helping homeless veterans locally in Volusia County with food, clothing, and other essentials during the winter months of late 2017 and early 2018. As stated in the beginning, there is not enough space to mention all of Joe’s services such as also being a Board member of VFW Post 3282 House Committee, which is tasked in making numerous decisions on the activities, building maintenance and other important day by day tasks that keeps the Post running smooth.