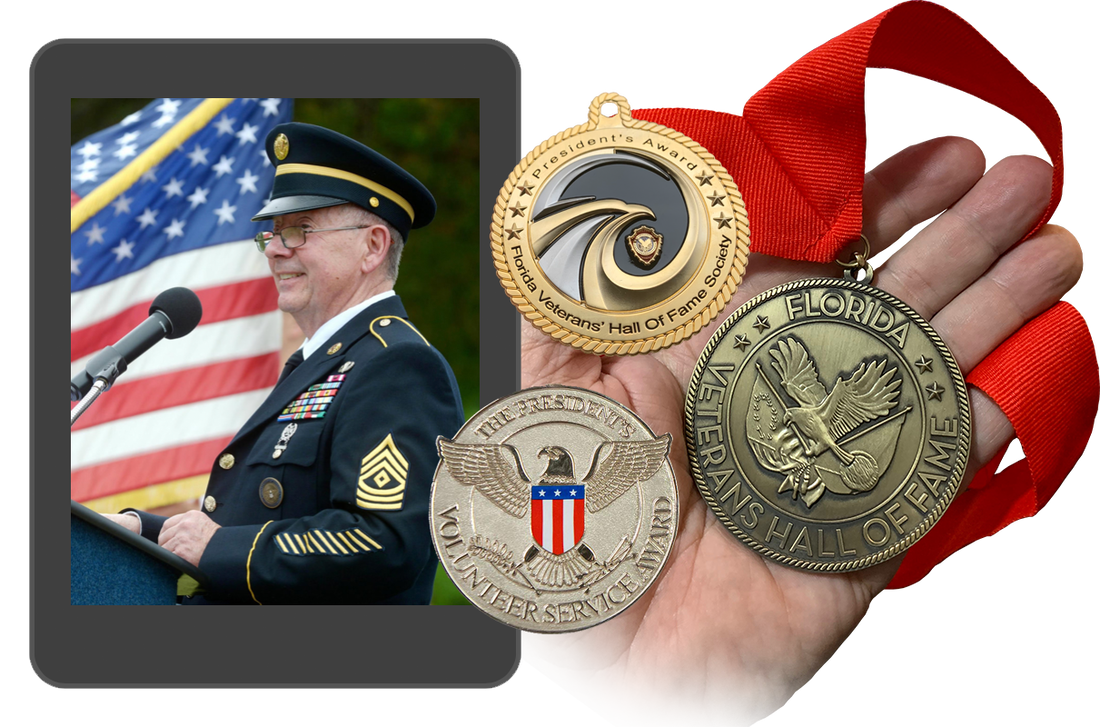 In the greater Fort Walton Beach community, Tom Rice's name is synonymous with service to veterans and the military. Nobody gives more of his time, effort, and money to supporting veteran-related causes than Tom Rice. Evidence of his contributions can be seen in the following:
1) His service on the Board of Directors of Veterans Florida,
2) His work in establishing the Fisher House of the Emerald Coast for veterans and their families,
3) His work in escorting 900 World War II veterans to the National World War II Memorial in Washington, D.C.,
4) His leadership in raising the funds to construct the Veteran’s Tribute Tower at Beal Memorial Cemetery in Fort Walton Beach,
5) His leadership in producing and directing the annual Memorial Day and Veterans Day Ceremonies in Fort Walton Beach,
6) His work in supporting and raising funds for the Air Force Enlisted Village (Bob Hope Village) for widows of Air Force veterans in Fort Walton Beach,
7) His work on behalf of the We Honor Veterans Program that provides a final salute for veterans who are in Hospice care,
8) On-going hosting of special events and fundraisers for veterans (e.g. reunion of World War II Army Rangers, assisting with memorial services for Rangers from the 7th Special Forces Group who are killed in action), and
9) Employing veterans in his restaurant in Fort Walton Beach (the Magnolia Grill).
In addition to the activities noted, Tom Rice’s restaurant, the Magnolia Grill, is used continually to raise funds to support veteran-related causes. He is typically the master of ceremonies for veteran and military tributes, ceremonies, and celebrations in our community. The purpose of the Florida Veterans Hall of Fame is to thank, honor, recognize, and showcase Florida veterans who have or are still making a difference in our state, especially in service to veterans. This is precisely what Tom Rice does day in and day out. From building the Fisher House to organizing the Honor Flights for World War II veterans, Tom Rice is a dynamo of dedication. Even more important than all of the considerable work he does personally on behalf of veterans, Tom Rice reaches out to others in the community who can make a difference and brings his indefatigable energy and influence to bear on getting them involved. It is widely known throughout this community that a telephone call from Tom Rice means that veterans need help and Tom is going to get you involved in providing that help. He honors the uniform he wore for so many years and the State of Florida by unstintingly serving veterans and veteran-related causes every day.

Education and Training:
Professional and Employment History:
Advocacy on Behalf of Veterans
Mr. Rice’s advocacy on behalf of and service to veterans are legendary in our local community. Specific projects he was responsible for include the following:
Special Events of Note for Veterans. These events include:
1) Reunion of the Descendants of World War 11 Rangers held in 2015 (helped organize the event and raise the funds to pay for it),
2) Retirement ceremony for Staff Sergeant Arron Hale in 2013 (SSGT was an Army EOD specialist who was blinded in the performance of his duty), and
3) Assist with memorial services at the 7th Special Forces Group Chapel.
Civic Activities and Contributions
The bulk of Mr. Rice’s civic memberships are in veteran-related organizations and include the following:
Awards and Honors