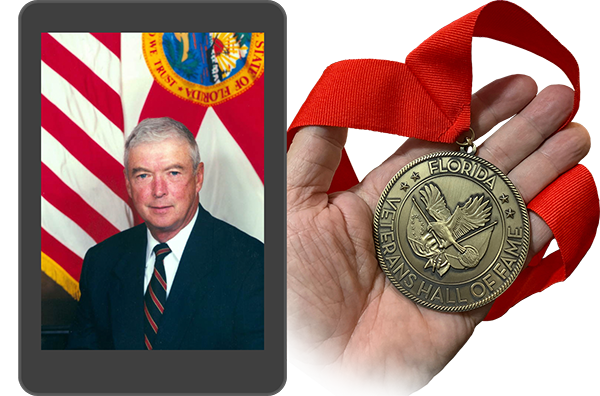 Robert F. Milligan served with distinction for 35 years in the US Marine Corps before retiring in 1991 as a Lieutenant General. He was elected for two terms as Comptroller of Florida and later served as interim Director of the State Board of Administration, Chairman of the Florida Veterans Foundation and interim Executive Director of the Florida Department of Veterans’ Affairs.

General Milligan holds a distinguished record of 39 years of military service, 35 of which were in the United States Marine Corps. During this military career, he rose to the rank of Lieutenant General and commanded two-thirds of the operating forces of the Marine Corps as Commanding General, Fleet Marine Forces, Pacific and Commander, Marine Corps Bases, Pacific.

Upon retiring from the Marine Corps, General Milligan and his wife June, moved to Panama City, Florida in 1991, and have resided in Florida since.
His service to the State of Florida includes: