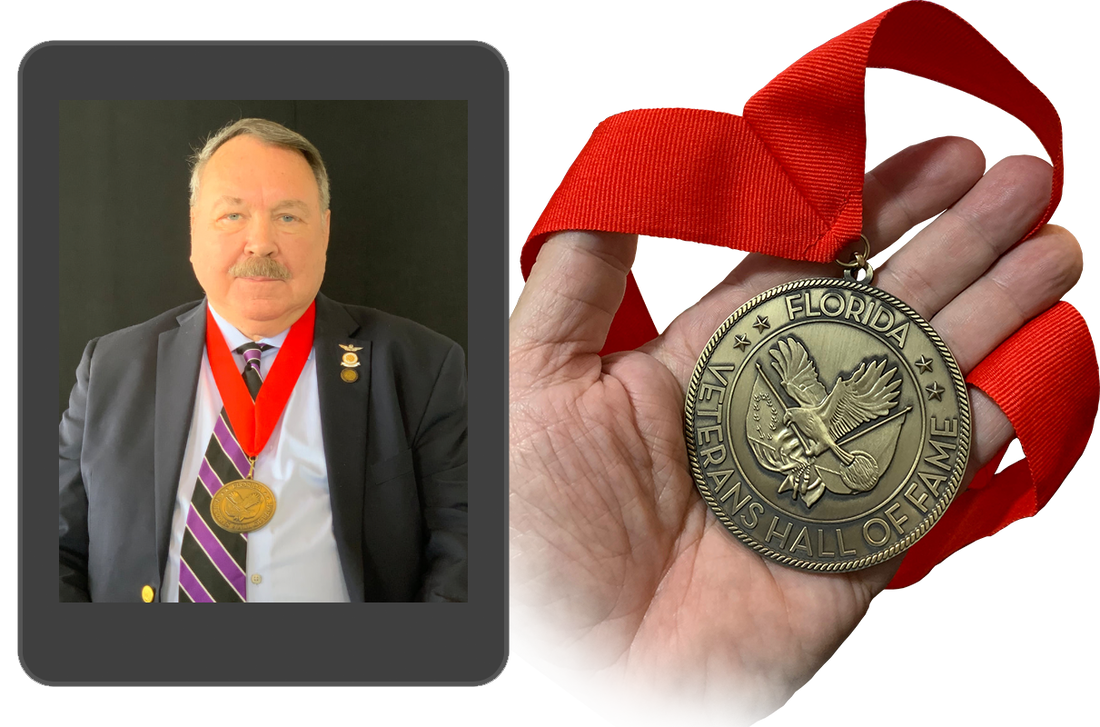 Chuck Merkel’s entire life has been the epitome of the philosophy of service before self, whether it is for the Nation he loves, his adopted home State of Florida or the veterans, residents and students in his local community. He has been tireless in his support of the local community and has made significant contributions with his efforts to help students to achieve their goal of attending the United States Military Academy at West Point or his visits to retirement homes to let veterans of World War II and Korea know that they are not forgotten. As a veteran of the Vietnam War and the more recent Operation Enduring Freedom he can relate to veterans of different generations to provide them with support and he is equally comfortable being a guest speaker for the moving exhibit of the Vietnam Veterans Wall as he is showing slides to the members of the Fort Walton Military Affairs Committee and/or business or civic groups relating his experiences in Afghanistan.

When it comes to volunteering his time, talents and treasure to support various activities in the local area his is the first hand that goes up and all know they can count on him to keep his word and get the job done. His active involvement with various Veterans’ Organizations in support of active duty and veterans’ programs are legend and he is recognized as a community leader and the “go to” person whenever a committee is being formed or a veteran needs assistance.
​​He is equally comfortable as a leader or a member of the group. For example, although he was in Afghanistan he orchestrated the collection of much-needed school supplies by church groups, school districts and individual citizens in Northwest Florida. He then distributed the supplies to 250 children from the City of Kandahar and passed along the gratitude of Afghan General Sherzai to his fellow Floridians. Thus his selfless service extends far beyond the boundaries of the State of Florida and has impacted people worldwide.