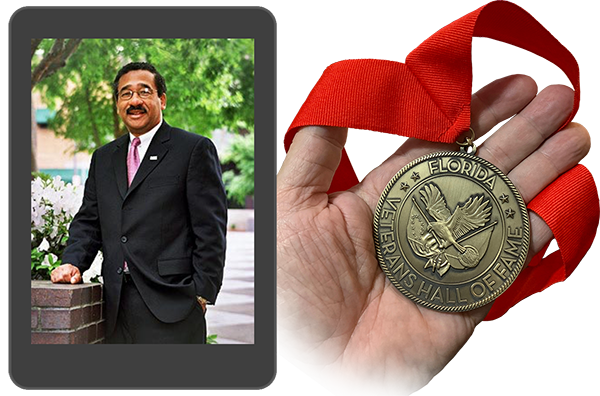 Mayor John Marks is a very proud Air Force Veteran. He is quick to tell anyone about his service as a JAG Officer during a time when some Vietnam War Veterans wanted to forget that they served. Marks was among the first African-Americans to attend Florida State University (FSU) and the first African-American to graduate from the FSU Air Force ROTC program. After graduating and passing the Florida Bar exam, Marks began his active duty service in July 1972.

His service during the Vietnam War required that he represent military personnel throughout the Pacific Region, including temporary duty to Anderson Air Force Base, Guam, as well as other bases throughout the Continental United States where he provided legal representation in numerous criminal cases. It was a great honor for him to provide counsel and advice to returning POWs from Hanoi, Vietnam at the end of direct U.S. involvement in the Viet-Nam War. When he was Honorably Discharged (July 1976) Capt.
His community and public service includes:                     - He was a member of the Board of Advisors and Board of Trustees; and,
- Vice Chairman. ​
As Mayor, he supported many veteran's activities in Leon County including:
Professional or Employment History
Advocacy on Behalf of Veterans:
Civic Activities and Contributions:
Awards or Honors