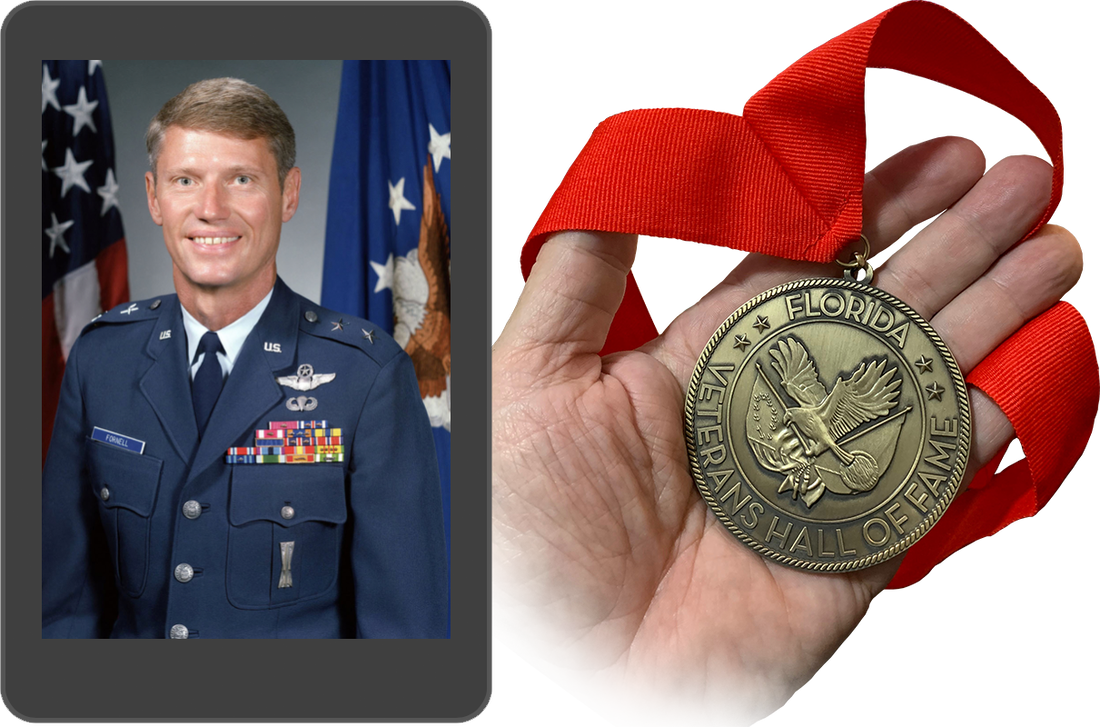 General Fornell is well known in Northwest Florida and widely respected for the significant contributions he makes to the state of Florida, particularly on matters relating to military personnel, military families, and veterans. Few people are more actively or effectively engaged in constantly striving to improve conditions in Northwest Florida for veterans and military personnel. As a retired three-star general, Fornell has unmatched access and broad-based credibility that give him positive influence others in the community with similar goals and interests do not have. To his great credit,

General Fornell is always ready to use his influence and credibility in worthy causes on behalf of veterans. He works unceasingly to create jobs, provide support, and improve the lives of veterans and military personnel and their families. He is also well-known locally for opening the right doors for other community leaders who are trying to serve veterans and military personal and for gaining an audience for local leaders with the decision makers who can make a difference. General Fornell personifies what the Florida Veteran's Hall of Fame is all about.

​As a three-star general, he could have retired from the Air Force and simply spent his subsequent years living a life of well-deserved leisure. Instead, he has dedicated his every waking moment to improving conditions for veterans, military personnel, and their families.
Education and Training Accomplishments
General Fornell graduated from Maine Township High School, Des Plaines, Illinois., in 1954. He received a Bachelor of Science degree in Mechanical Engineering from Michigan State University in 1958 and a Master of Business Administration degree from the Wharton School, University of Pennsylvania, in 1978. While at Michigan State University, the general was a member of the 1957 Big Ten Conference championship swim team. He completed Squadron Officer School in 1963 and Air War College in 1973.

He was commissioned as a second lieutenant through the Air Force Reserve Officer Training Corps program and entered active duty in October 1958. He received his initial pilot training at Moore Air Base, Texas, and Greenville Air Force Base, Miss., from November 1958 to November 1959. In June 1960 he completed F-86L fighter­ interceptor training at Perrin Air Force Base, Texas.
In 1960 he entered B-52 Combat Crew Training at Castle AFB, CA. During the following five years, he served as a B-52 Aircraft Commander and instructor at Fairchild AFB, WA.

From August 1965 to September 1966 the general attended the U.S. Air Force Test Pilot School at Edwards Air Force Base, Calif. He then transferred to the Bomber Branch, Office of the Deputy for Flight Test, Aeronautical Systems Division, Wright- Patterson Air Force Base, Ohio as a test pilot, conducting numerous system tests on a
wide variety of aircraft.

​Following his year of flying combat missions in the A-l Skyraider, the general returned to test flying at Edwards AFB, CA. He conducted many tests in a wide variety of aircraft, most significantly completing the C-5A test program and handing the aircraft off to the operational users. He was then assigned to Maxwell AFB, AL to attend the Air War College. Upon graduation from Air War College in June 1973, the general was assigned to Headquarters U.S. Air Force, Washington, D.C., as chief, Aeronautical Systems Division, Directorate of Development and Acquisition, until January 1977. In this capacity he was responsible for most of the aircraft development programs, including the F-15, B-l, F- 16 and A-10, and for technology-based programs involving aircraft equipment, life support and turbine engines.

Professional History
General Fornell served in senior acquisition leadership positions in AF Systems Command and AF Materiel Command. Those positions included two commands; one as Commander. Armament Division at Eglin Air Force Base, Florida, from 1985-1987; and second as Commander, Electronic Systems Center at Hanscom Air Force Base, Massachusetts from 1988-1993. These organizations developed and acquired all non­ nuclear munitions and communications, command and control, and intelligence systems for the U.S. Air Force.
During 1987 and 1988, General Fornell was the Senior Military Assistant to the Secretary of Defense. He served both Secretary Casper W. Weinberger and Secretary Frank C. Carlucci in this capacity. He advised the Secretary on a wide range of national security issues and coordinated the office activities of a large staff. Relationships with nations around the world were established covering the full spectrum of national priorities.

The General served at Headquarters United States Air Force from 1981-1982 as Deputy Director of Development & Acquisition. This directorate had responsibilities for Air Force aircraft, engine avionics, C3I, and electronic combat programs. In 1982, he became Special Assistant for Intercontinental Ballistic Missile ICBM) modernization,
which primarily was the focal point for Peacekeeper and Small ICBM development and acquisition.

General Fornell was the KC-10 Program Director at Wright-Patterson AFB from 1980- 1981. He had total system responsibilities for the life cycle of the aircraft. A unique training system concept was developed and full contractor logistics support provided a highly reliable and responsible force multiplier to the AF.

From 1965 to 1980. General Fornell's assignments were primarily in research, development, and acquisition. He was a graduate of the AF Test Pilot School and served as a test pilot at both Wright-Patterson AFB and Edwards AFB. During this period, he served in two operational Assignments. He was an A-l pilot at Nakhon Phanom. Thailand, flying 200 combat missions and Vice Commander of the C-5 Wing at Dover AFB, DE.

General Fornell has had a wide range of operational and test experience. He has flown over 50 types of aircraft, logged over 7,000 hours flying time, wears parachute wings, and is certified as a Level III acquisition program manager.