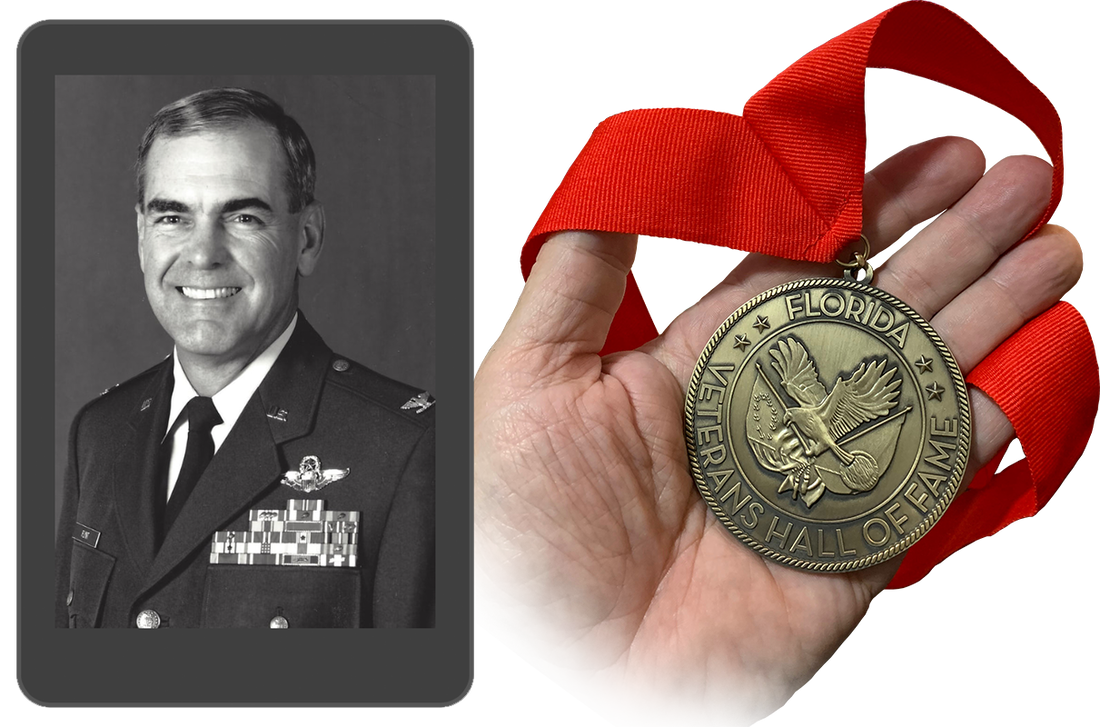 After a long and distinguished career in the Air Force, Colonel Flynt could have simply retired to a life of ease. But living a life of ease was not in his nature. Colonel Flynt was committed to serving his community, his state, and especially his fellow veterans. He served his community and the State of Florida faithfully and well as City Administrator for the City of Valparaiso, through the South Walton Utilities organization, and as a member of the Board of Trustees of Northwest Florida State College.

In all of these capacities, service to veterans, active duty personnel, and their families was at the forefront of his agenda. As a city administrator, he was the top executive in a city populated primarily by veterans. In this capacity, Colonel Flynt went out of his way to ensure a safe and healthy community for veteran residents while also making sure the city was responsive to their needs. Colonel Flynt was well-known in the local veteran community as someone who "would help."

As a member of the Board of Trustees of Northwest Florida State College, Colonel worked tirelessly to ensure that veterans had open access to a college education, were able to enroll regardless of their financial condition, had veteran's support services available on campus, were provided the counseling and advising services needed, were assisted with transferring to the next higher level after graduation, were awarded as much credit as possible for military schools completed, and received the help needed to secure employment (for veterans who completed technical and career-oriented degrees).
As a member of the Institute of Senior Professionals at Northwest Florida State College, Colonel Flynt used his influence to make sure the Institute took on projects that helped improve the quality of life for veterans and their families in Okaloosa County, Florida. Right up to the moment of his untimely death, Colonel Flynt was working to make life better for veterans in Okaloosa County.

Education and Training Accomplishments:
Professional History:
Advocacy on Behalf of Veterans:
Colonel Flynt is well-known in our community for quietly but steadfastly supporting veterans and their families. In all of the positions—civic and professional—he held prior to his death, Colonel Flynt worked hard to improve the quality of life for veterans, active duty personnel, and their families. As administrator of the City of Valparaiso for seven years—a community that is populated primarily by Air Force veterans—Colonel Flynt worked tirelessly to ensure that their post-military needs were met. As one of the founders of the Choctawhatchee Bay Alliance, Colonel Flynt worked hard to preserve the bay on which so many local veterans in our community live. As a member of the Institute for Senior Professionals, Colonel Flynt convinced the Institute to pursue several projects to improve life for veterans in Okaloosa County. Finally, as a member of the Board of Trustees of Northwest Florida State College, Colonel Flynt was a tireless advocate for veteran students. He worked hard to improve their access to college, provide scholarships to help them pay their tuition, and put in place local policies that supported veterans on campus. Colonel Flynt was a well-known and highly-respected advocate for veterans in our community.